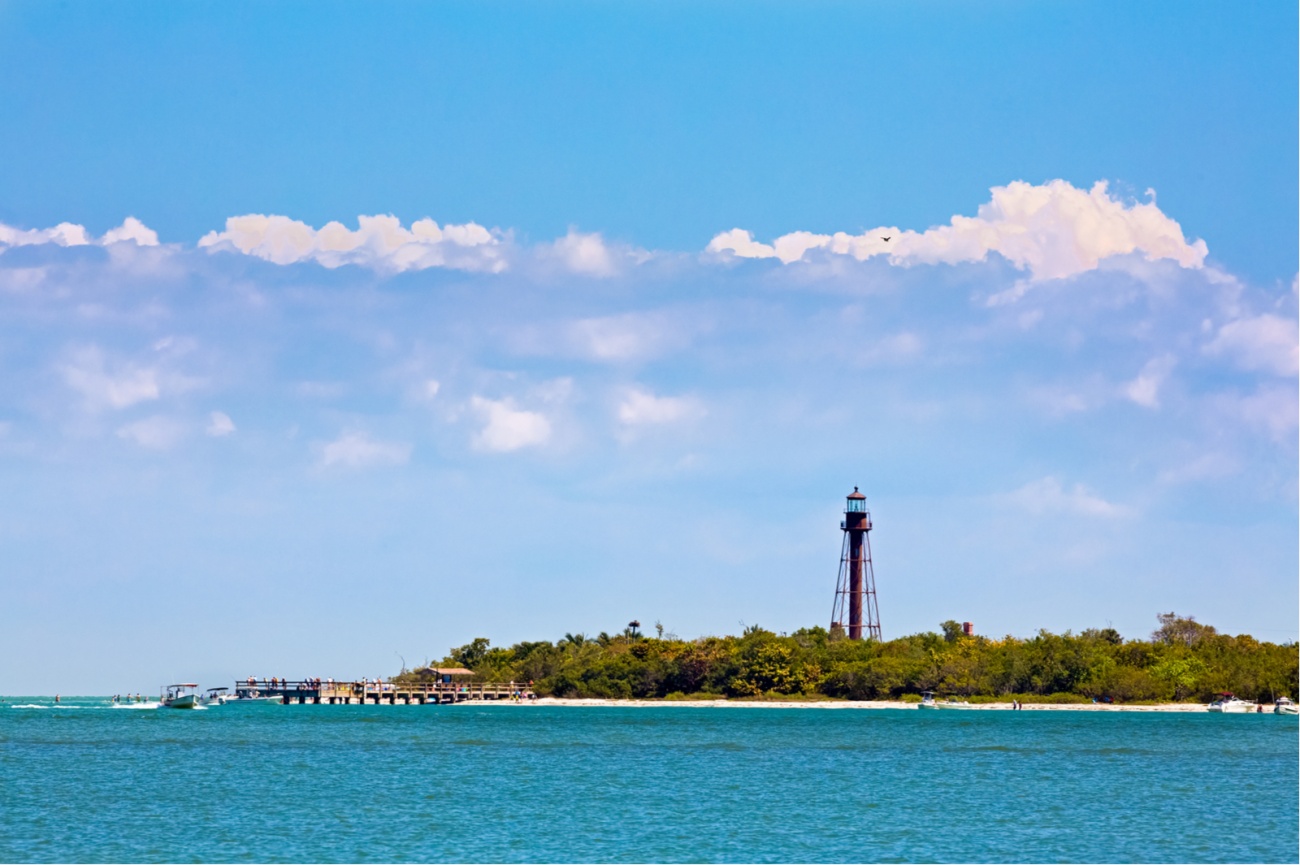 History of the Lighthouse

The Sanibel Lighthouse, also commonly referred to as the Sanibel Island Light, was first proposed by island settlers in 1833. Recommendations to build a lighthouse were taken lightly for several years, but after the Civil War, many believed that a lighthouse would allow travelers to be able to find the island more easily and would, therefore, cause an increase in trade. However, nothing really happened until 1883, when $50,000 was granted to fund the construction of the lighthouse.

Construction began in February of 1884, and the lighthouse’s foundation was first laid on August 20th of the same year.

The first keeper was Dudley Richardson, who walked the lighthouse from 1884 until 1892. The lighthouse has several keepers over the next several decades until the lighthouse became officially automated in 1949. In 1972, the Coast Guard proposed the discontinuation of the lighthouse, but they faced an incredible backlash from mariners and locals. 10 years later, Sanibel locals were able to live in the development by the lighthouse for free, as long as they maintained the surrounding area. The lighthouse officially was granted to the city of Sanibel in 2004, and by 2013, they had raised enough money to restore the building: $269,563.

The Sanibel Island Lighthouse is located on the eastern end of Sanibel, welcoming travelers to the 12-mile-long stretch of land. If you’re coming in from the Causeway approach to the island, make a left at the four-way stop sign as you enter the island, which will take you on to Periwinkle Way. Follow this road to the end, and you’ll see the lighthouse!

The Sanibel Island Lighthouse is the perfect budget-friendly addition to your itinerary, as there is no admission fee. There are plenty of spots in the large parking lot, but since this is such a popular Sanibel point of interest, you may still want to arrive early in the day to make sure you get a spot. In addition to just exploring the lighthouse, you can partake in beach activities like shelling, fishing, tanning, and observing the local wildlife. You also won’t be far from several incredible Sanibel restaurants, so you can spend the morning at the lighthouse and grab a quick bite to eat nearby.

Once you’re done seeing the sights and taking your pictures, there are plenty of other activities near Sanibel Island Lighthouse. Let your kids run around at the Lighthouse Beach Park, get a quick bite to eat at the Lighthouse Cafe, or learn everything you need to know about the water at the Sanibel Sea School. You can partake in some Florida birdwatching or try your hand at fishing. No matter what you choose, it’s all right near the lighthouse!

At the end of a long day, you can head back to your Sanibel home to relax and get ready for another day of adventures tomorrow. Contact us today to learn more about our Sanibel condos!