Sanibel Farmers Market Is Back

Every Sunday from 8 a.m. to 1 p.m. at City Hall parking area. The market sells produce and artisan products that are grown or made locally. It’s been operating for a number of years now and has had a wonderful consumer response. This year there is a second vendor of fresh produce. The Community Church has collaborated with Worden Farms... Read More »

Go To The Movies At Ding Darling

The fifth annual Ding Darling Wednesday Film series is continuing through April, 2017. The films are shown bi-weekly at the Visitor and Education Center starting at 1 p.m. There are a full range of topics covered in the films. Seating is limited and on a first-come basis, so get there early. A full description of the schedule and the films... Read More »

Come visit the 80th annual Sanibel Shell Festival at the Sanibel Community House March 2nd, 3rd and 4th. The Festival hours are 9am to 5pm Thursday and Friday. Saturday the event runs 9am to 4pm. Admission to the grounds is free but there is a $5 charge to get into the Shell Show inside the Community House. With paid admission,... Read More » 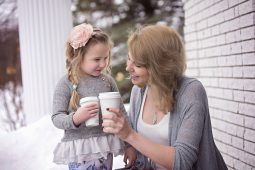 Sanibel Is The 7th Safest City in All Florida

After studying the FBI’s crime report, city population and other data, the National Council for Home Safety and Security named Sanibel the 7th Safest City in the state! With a 6% fall in crime in 2016, Sanibel had the lowest recorded crime rate in the past 13 years. Without a single violent crime, “property” crimes, such as burglary and theft,... Read More »